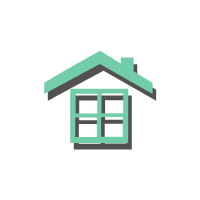 Why You Should Use A Professional Roofing Company
12 January 2023

Industrial Roofing Contractors: 3 Problems You Might Experience As You Wait To Replace Your Roof
9 January 2023

A damaged roof is not only an ugly sight, but it compromises the safety of everyone inside a home. However,  if the problem is hidden beneath the shingles, an appealing roof can have just as much damage as a roof that is noticeably damaged. The problem with hidden roof damage is that it can continuously get worse before a homeowner notices that something is wrong. Preventative maintenance and repairing minor problems are the keys to keeping a roof safe and durable. The first step to spotting minor roof problems is to look for signs that damage is present, and it is best to hire a roofer to inspect for damage.

Signs That a Roof Has Hidden Damage

If your gutters are constantly full of rainwater and debris, it is a sign that there is roof damage present. The reason is that when gutters are dirty and full, the water often overflows onto the perimeter of the roof. In such a case, the roof deck beneath the shingles where water has overflowed can deteriorate. Another sign of hidden roof damage is a leak inside the house from the ceiling; this could mean there is a hole in the deck that is not easy to see. Mold growth on a roof is a sign of hidden damage as well.

Why a Roof Needs a Professional Inspection

You have every right to inspect your own roof, but it is not the wisest decision to make. Even if you can safely walk on the roof to perform the inspection, you do not have the knowledge of a roofer. For example, you might assume that mold or algae are simply patches of harmless dirt. On the other hand, a roof can differentiate between harmless dirt and destructive mold. A roofer will spot damage to the deck, shingles, and other areas of the roof that points to minor or major problems.

How Minor Roof Damage Can Spread

Minor roof damage might seem ok to ignore, but the damage could spread faster than you may think. For example, a curled shingle might seem like no big deal, but the curled area of the shingle provides enough space for rainwater to deteriorate the deck. Once a small area of the deck begins to deteriorate, it could spread and begin to affect the interior of the house. It is wiser to repair minor damage like a curled shingle than to risk widespread damage that might require a new roof.